Ethical Conduct: How to Handle a Big Lead? 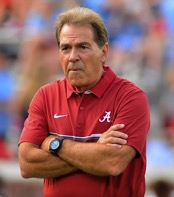 In many ways, sports have evolved since my youth: artificial turf, 24/7 cable networks, and the proliferation of elite youth sports teams, among other changes. One of the more significant developments concerns the expected adjustment of a team’s style of play when it is clearly the stronger team, having built a big lead on the scoreboard. Traditional sports ethics called for the coach with a big lead in the second half to substitute his second- and third-string players into the lineup as soon as possible, while changing offensive and defensive tactics to avoid further expanding the point margin. Allowing the stronger team to play aggressively, with the starters in the game (or “running up the score”) was universally looked down upon by coaches and pundits, even if it did happen occasionally.

Today, we can see a top womens’ basketball program like UConn beating St. Francis 140-52, and plenty of other instances of teams running up large margins of victory, as more coaches and commentators defend those results because: 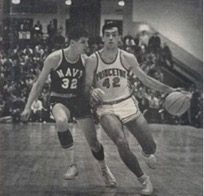 There are some situations in sports in which all coaches cease trying to score:

Beyond those three clear-cut scenarios, there are many other scenarios in which the losing team has little realistic chance of catching up, allowing the winning coach to change his team’s tactics and personnel to hold down the score.  For example:

*due to the different nature of the contests, there is no consideration of margin of victory in individual sports: a tennis player who is leading the match 6-0, 4-0 is expected to try to win the next two games; a runner who has a 50-yard lead at the start of the last lap of the 1,600 is expected to expand that lead by running as fast as they can, and so on.

Our athletic program at Wardlaw+Hartridge exists to develop a competitive mentality in our student-athletes, while also developing respect for our opponents, and for the game itself. Thus, we believe that our teams (when they are strong) will sometimes have to take steps to control the margin of victory.

From my career as a coach and athletic director, allow me to offer a few thoughts about why, when, and how a coach should think about controlling the margin of victory:

1. When our team has established a dominant lead in a game, there is good reason to continue to play hard, but little advantage from widening our margin on the scoreboard:

2. The other team may be so weak, or so discouraged, that neither our starters nor our back-ups will gain effective game experience. Our players will gain more from challenging drills against good players in practice than they will from their minutes at “garbage time."

3. Our players should understand the game well enough to recognize the measurements (other than the score) that demonstrate their mastery against a mis-matched opponent.  For example, it might make sense to reward our team for completing 10 passes in a row, or to deny the other team any shots in the paint.

Among the negative effects that accrue to the team that runs up the score:

Every coach and every team must begin every game respecting the opponent’s ability to beat us, and doing all that it can offensively and defensively, to gain the upper hand.  It is not possible to “run up the score” in the first quarter.

When it becomes clear that our team is clearly superior to the opponent, and as our lead builds, the coach must have a pre-rehearsed strategy for holding down the score in a way that respects the opponent and allows our players to gain as much useful playing experience as possible.

Each sport has its own way holding down the score, among them:

On top of specific proactive measures, there is also an over-arching sense of whether a team is “running up the score” or “holding the margin down”.  As a famous Supreme Court justice wrote (in reference to a different subject, we know it when we see it.  For example, if our coach substitutes hordes of 2nd/3rdstringers early in 3rdquarter, but our leading scorer remains in the game, and continues tallying goals, in the 4thquarter he will be perceived as running it up.

As should be clear, we believe that we can develop fierce competitors without running up the score. As we enunciate the lessons our student-athletes should take from their athletic career, we include:

How hard do you have to work physically to beat a good team?

How many hours of hard practice are required to master your skills?

How much concentration (mental effort) is required to execute our offense and defense in a game situation?

How much emotion do you bring to the table in a big game, and how do you stoke your teammates competitive fires?

Respect your sport, its rules and ethos. Respect your opponents, and earn their respect. Some teams will be better than ours, and some will be weaker.

All of the athletes who compete today will soon move on to other pursuits. We should celebrate the achievements of the winners without denigrating the effort and skill of the losers.  Matched up against other competition, today’s winners could be losers, and  vice versa.