Think Before You Leap 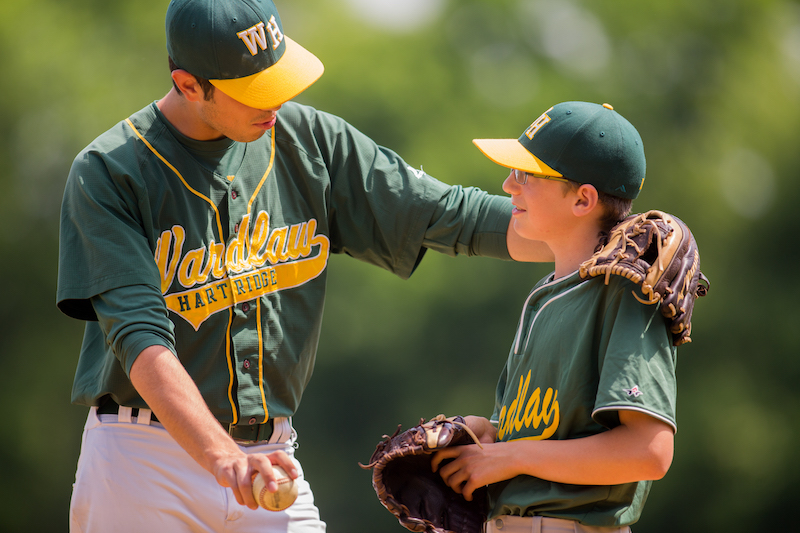 Recent blog posts from my colleagues show the multitude of ways that analytical thinking skills are woven into a W+H education. It feels like a cliché, or a distillation of hundreds of commencement speeches, to say that the goal of a liberal arts education is not to teach a student what to think, but rather how to think.

Fittingly, just as we are about to release our seniors to college and the real world, we give them a massive test of their ability to apply the habits of analytical thinking to their own life. The college search process requires and rewards clear thinking. American teenagers often look at college as the first years of their adult lives, but they really need to think in a clear, focused, mature manner before they get to college, if they are to make a wise decision regarding their future.

Students who wish to play a sport in college add another layer of questions to their college search; not only do they need to consider big school / small school, urban / rural, but they need to ask, “Can I play at this program?”, “Can I trust this coach’s promises?”, or “Should I play soccer or run track?”  Also, the prospective student athlete (or PSA, as NCAA literature refers to him/her) is further challenged because they must recognize and acknowledge the emotional component of their choice.  Some of the questions that can complicate their thinking include: “Do I really want to be a college student-athlete, or would I be better off as a simple college student?” “Is my desire to play Division I based on who I am, or the hope that it will make other people happy?” “Am I trying to compete with my teammates to get into the ‘best’program, or am I trying to find the best match for me?” 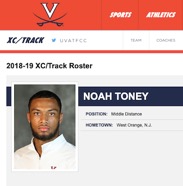 For Noah Toney ‘16, the opportunities that he earned while competing for the Rams helped turn a long-held dream into a reality: “When I was in Lower School, all I wanted to do was compete in the Olympics. It didn’t actually occur to me that the traditional route was through a Division I program. I first realized that I wanted to compete collegiately after my freshman year outdoor season. Performing on a larger platform and racing in my first Meet of Champions opened my eyes to what I could truly achieve if continue to put the work in.”

Later in his W+H career, as he immersed himself in the recruiting process, he came face-to-face with some daunting feedback: he wasn’t good enough, yet.  “As a junior in high school, I was calling college coaches informing them of my times and each one of them told me that I’d have to run at least two seconds faster in my 400 and four to five seconds faster in my 800. But I just kept my eyes on the goals set by these coaches, and went after them.” That determination is one of the major reasons he is now a Division I athlete, running middle distance for the Virginia Cavaliers. 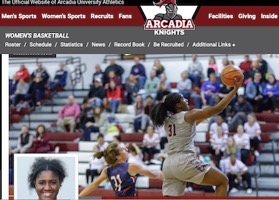 Camille Menns ’15 had to face adversity head on when she suffered a major knee injury her junior year, missing a lot of playing time. While re-habbing her injury, she searched her motives and discovered that basketball was too important to her spirit to stop with her W+H graduation: “My experience in high school was complicated. I had to garner interest from college coaches after tearing my right ACL. Most of my advice came from Taylor Gerhart ’14 and Mairead Forrest ‘14. My motivation was living my dream of playing collegiate basketball. I knew that I couldn’t miss the opportunity of playing because of my injury. The most important advice that someone gave me was not to devalue myself for the sake of others. I had to be confident in the fact that I could play after my injury although it was so recent. Proving to myself that I could excel in basketball again was important to me.”

Camille being Camille, it is not surprising that, out of all the freshmen in her Arcadia University recruiting class in the winter of 2015-16, she is the only one still playing for the Knights.  After starting all 25 games and averaging 8.8 points and 9.7 rebounds, she earned an Arcadia Athletics Award of Merit as a junior, and looks to take the program to a higher level this season, as she completes her double major in Psychology and Pre-Occupational Therapy. 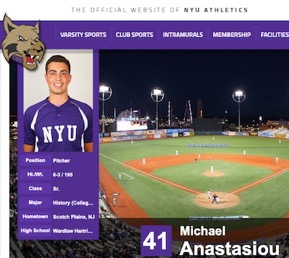 Mike Anastasiou ’14 recently finished his pitching career at NYU, and is currently working in Manhattan in finance, so he is able to see his athletic career as a preparation for his life in the “real world.” He credits Rams’ coach Andrew Mulvey with helping him build the self-confidence that has helped him through the maze of recruiting: “The best advice I received at Wardlaw was from coach Mulvey; he was the one who recognized the potential I had as an athlete, something I didn’t even realize I had in myself. I remember after a workout in the summer between my sophomore and junior year in high school, he said ‘Only you can make your future, now take it full stride.’ That foundation for excellence was something I learned on the ball field, and have taken with me in the corporate world and beyond.”

Like Camille and Noah, Alexandra Garces ’17 recognized that her passion for her sport, soccer, was intrinsic to her personality: “I always knew I wanted to compete in college ever since I was a little girl. I have been playing since I was three years old and always had a passion for the game. My life would be incomplete without soccer. 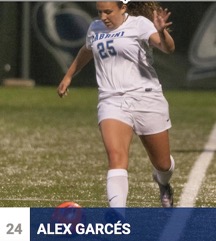 No matter how difficult, or uncertain the recruiting process was, I followed through in order to prove to myself and everyone else that I was good enough to score goals in college, too.” In her sophomore season for Cabrini University, Alex started every game and emerged as the Cavaliers’ leading scorer, with six goals and two assists. She also faced physical adversity in high school, when doctors identified an unusual condition that limits her ability to run for long periods of time. Pragmatically, she used that information to simplify her college search, narrowing her choice to Division III schools within the Northeast.