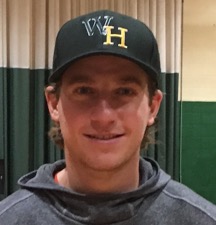 The new Rams Boys’ Varsity Soccer coach is Jason Montesinos, a Colonia resident who, in spite of his relative youth, has been coaching for 15 years. After getting his start with the NJ Rovers Summer Soccer program, working with the legendary Spencer Rockman, he moved on to positions with Edison United, the Colonia Youth Soccer Association, and St. Joseph’s HS. In 2012, he founded the Valencia Soccer Academy, for which he serves as president and head coach. His passion for the game, and his ability to teach young players has fueled Valencia’s rise in the local soccer ranks, which caught our attention. The Q&A below will help the W+H community get to know Coach Montesinos:

1. Where does your passion for soccer come from?

My passion for soccer began with my family's heritage.  My father, Joseph, is from Valencia, Spain.  He had a very successful career as a player, winning three state titles at Harrison High School.  In his senior year, my father won the Fred Coggins Award as the best player New Jersey.

Later, my father played for the US Army and professional domestic leagues, before transitioning to coaching.  He was named to the All-Century Team for NJ High School Soccer, which included the likes of Tab Ramos, Tony Meola and John Harkes.  Based on all of this history, soccer was a part of my life before I was born.

2. When you think of coaches you played for or worked with, what are their best characteristics, that you have tried to borrow?

There are so many excellent coaches that I have had the privilege to work with, one of which, Mike Romeo, is our girls’ head coach.  It is a great advantage to have a mentor who not only understands the game at the highest level, but is also familiar with the student body and overall culture.

In order to understand what a team's goals are, a coach really needs to apply himself/herself to understand their players' capabilities, what motivates them, and how to get the absolute best out of each individual in order to develop a consistently competitive team.  The beautiful part of coaching is that there is never a universal "right" or "wrong" way of completing this task.  The most important characteristics are being organized, having a unified and consistent message, and executing that message each and every day as a whole.

A coach's job should never be to win, nor should it be defined by wins and losses.  The best coaching characteristic is to enable your players to become the absolute best version of themselves.

3. How do you want your teams to be thought of?

I want our team to be organized, respectful and consistent, while having fun.  I believe soccer should be played with creativity and inspiration. I would like for people to understand that we, as a coaching staff, have empowered our players to coach and think for themselves.

4. What are the most important characteristics for a player on your team to possess?

The most important characteristic for any player is to understand their role and to buy in.  We can all think of any team in any sport where you have a complimentary combo of players that possess varying degrees of abilities that are much different from one another.  Nevertheless, the combination of these abilities creates a winning team.  Not everyone is a finesse player, and some players cannot defend for their lives.  How can you combine these players to help one another?  The only way is if everyone buys into executing whatever it is they do best on a consistent basis.

"Buying in" would also include the implied intangibles of respect, punctuality, attention to detail, hard work and execution.  Winning simply does not happen without the inclusion of these extremely important cultural norms.