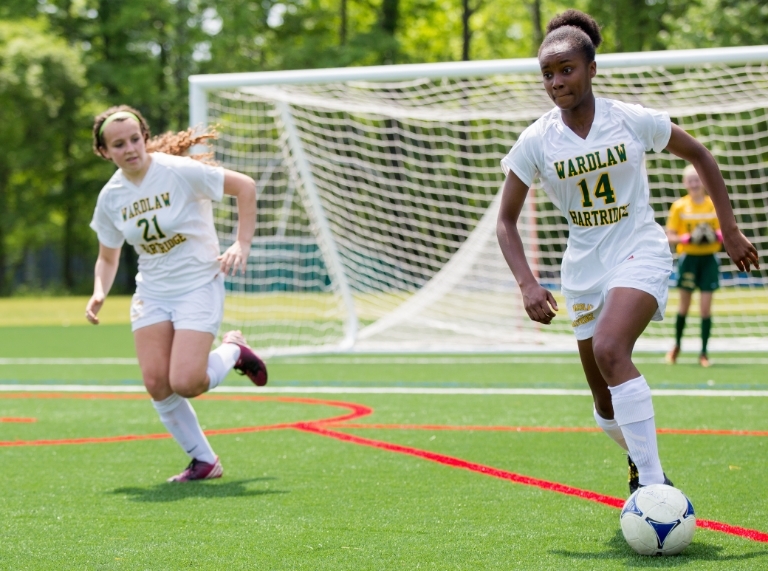 Under the direction of Head Coach, Mike Romeo, the Girls' Varsity Soccer is setting a high standard of play and competitiveness in the Greater Middlesex Conference Blue Division.

As the smallest school in terms of enrollment, the Rams captured a divisional championship in 2014 and came within a point of repeating in 2015.  In 2018, the Rams ran the table with an undefeated season to win the Blue Division again.

In 2019, the Rams secured the GMC Blue Division Co-Championship on the final day of the season with 2-1 overtime victory at Spotswood. The Rams finished tied for first place with division rival Metuchen. The Divisional Championship was the 5th for our girls’ soccer program in 10 seasons in the Greater Middlesex Conference.

In the prestigious GMC Soccer Tournament, The Wardlaw-Hartridge Girls’ Varsity advanced to the Elite Eight in 2014, 2015 and 2016.  The 2017 Rams made it to the Round of 16, where they were eliminated by the #3 seed.  In 2018, W+H went further than ever, as they made it to the Semifinal round of the GMC tournament and the Non-Public B South tourney.

As dual member of the NJSIAA and NJISAA the Rams also compete in the Non-Public State B South Tournament and NJISAA Prep B Tournament.

Our soccer program has also helped produce players for the NCAA level.