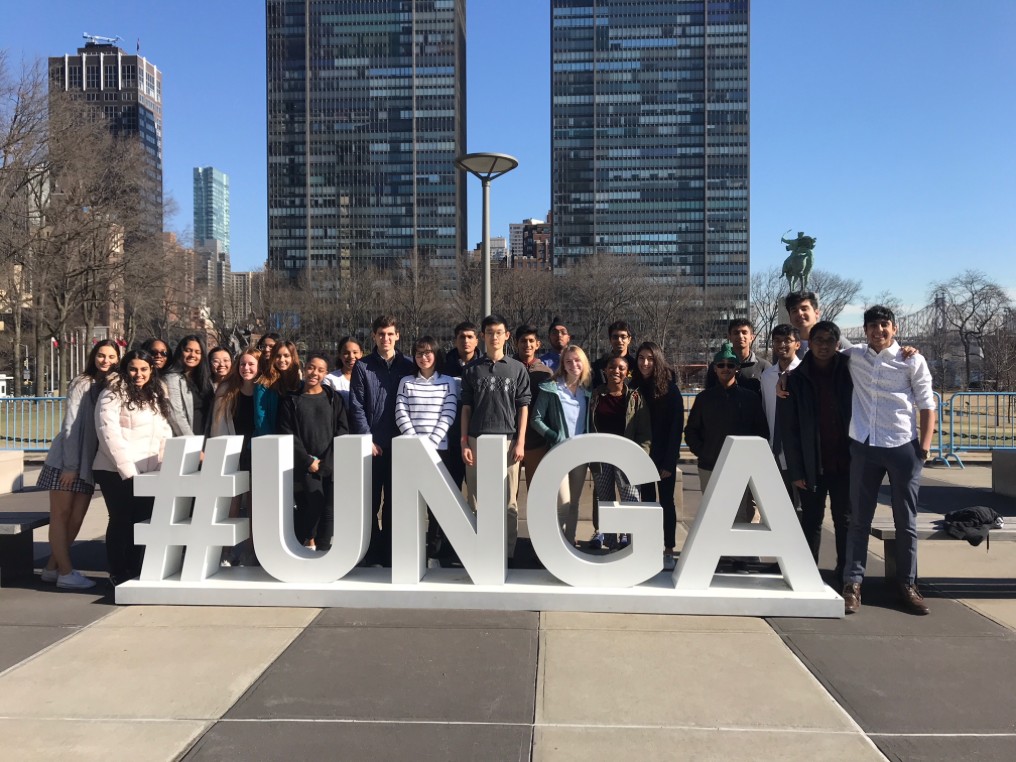 On March 9, members of the 10th and 11th grade Global Scholars Program visited the United Nations in New York City.  Students were treated to a guided tour where they learned about the history of the UN, viewed the various assembly rooms and learned about the three pillars of the UN mission; peace and security, human rights and development.  Students also viewed exhibits on gender equality, prejudice and racism, violence against girls and women, a look back on Hiroshima and Nagasaki 75 years later.

As part of their visit, students were treated to a special talk by Houry Geudelekian, Chair of the NGOCSW (Commission on the Status of Women).  She spoke about her work on gender equality.  This was arranged by her colleague, Pamela Morgan, grandmother of Taliyah Williams ’21 and Farrah Williams ’28.  Ms. Morgan serves on the Executive Committee for the NGOCSW.  The students appreciated both their time and their knowledge, especially considering that they were running the 64th Session of the Commission on the Status of Women in the General Assembly that morning.