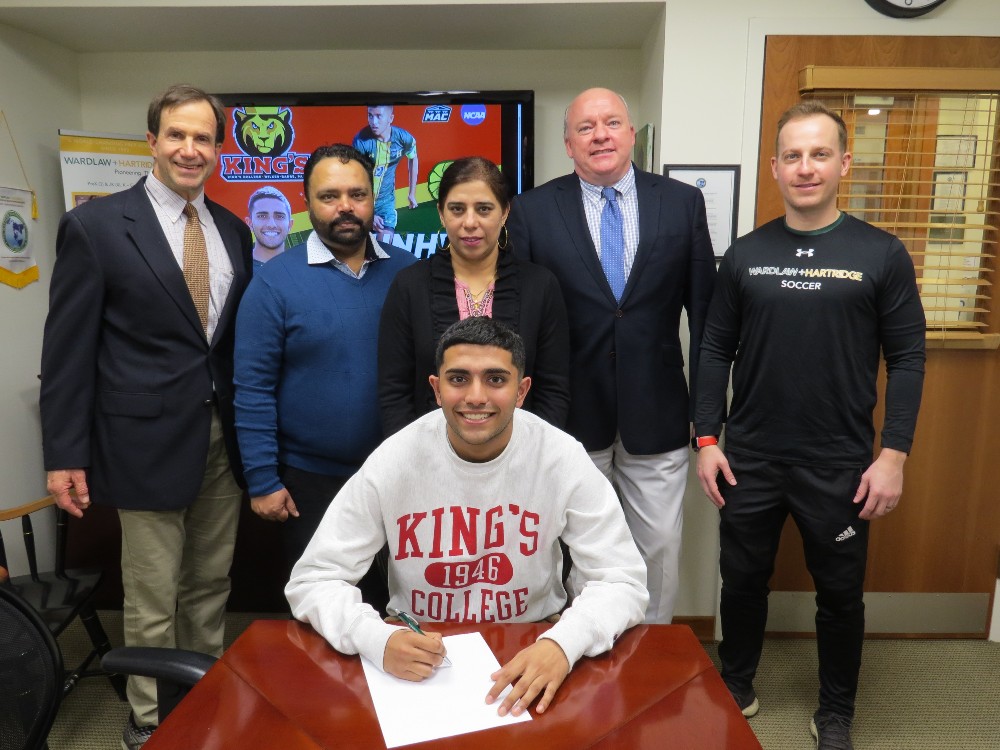 “I’d like to say thank you to everyone who supported me – coaches, family, administration, teachers,” Gunhvir said. “I’m really excited. I always had a dream of playing college soccer at either Division 1, 2 or 3. Playing D 3 soccer at a good college where I’m going to get good academics, I’m really happy I can do both.”

Gunhvir fielded other offers but was most impressed with the attention he received from the King’s coaching staff. He established an immediate bond with his future teammates during his official visit and also felt very comfortable on a small King’s campus he compared to Wardlaw+Hartridge.

The W+H senior played an integral role in the resurgence of the boys’ soccer program under head coach Jason Montesinos. A three-year starter and two-year captain, Gunhvir anchored the Rams’ defense. Just two years after winning two games, the Rams made school history by advancing all the way to the state sectional finals.

“Gunhvir and this crop of seniors was my first real group and they made it happen. Our future will always be rooted in their initial efforts,” Montesinos said. “Gunhvir never missed a game in the last two years. He’s been banged up and had some injuries but never missed a game. That says a lot about mental and physical toughness.”

“I want to thank the coaches and especially my parents for spending so much time and money on me. I could never give that back. Playing college soccer is just paying off for all the times they drove me six or seven hours to tournaments and the coaches spent so much time helping shape me into the player I am today,” Gunhvir said. “Academically, I couldn’t ask for more from Wardlaw+Hartridge for providing the best education I could have ever gotten and making the last four years the best I could ever have.”