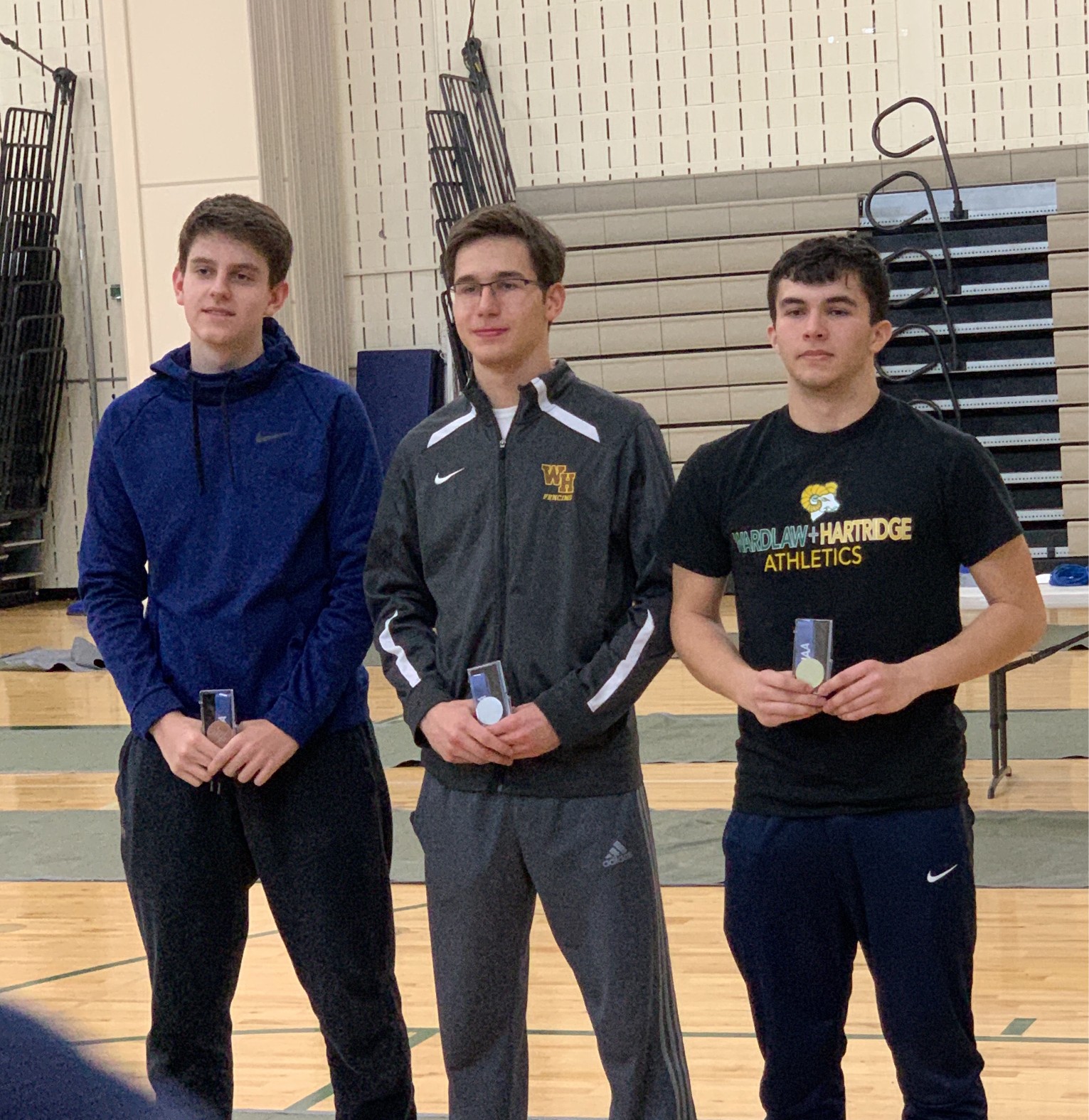 Taras Erachshaw ’21 faced pressure and tough competition but relied on his experience and savvy to capture the NJSIAA fencing championship in the Sabre Division at Livingston High School on March 1.

The W+H junior won six of his seven final bouts with a +14 touch differential on his way to the gold medal. He needed to rally for a 5-4 win over John Morreale of Christian Brothers Academy to clinch the gold. Trailing 4-3, Taras scored the next two points to clinch the state title.

“I had to make sure I had the right distance and the right action to score the next two points,” Taras said. “I got him on an attack and preparation. I waited for his arm to move and I poked him to the stomach.”

Taras battled to a tough 5-4 win over Yale-bound Victor Osoliniec of Watchung Hills in the previous bout with what he admitted was a lucky decisive touch. Another bout was a battle of the Erachshaw brothers, with Taras coming out on top against his younger brother, Cyrus ’23, a freshman who finished seventh in the state.

“Cyrus got the same place I did when I was a freshman,” Taras said. “He’s going to be better than me.”

Taras, who trains 3-4 times per week at the Manhattan Fencing Center in New York City, definitely plans to compete at the Division 1 level in college. He’s currently ranked in the top five among high school juniors.