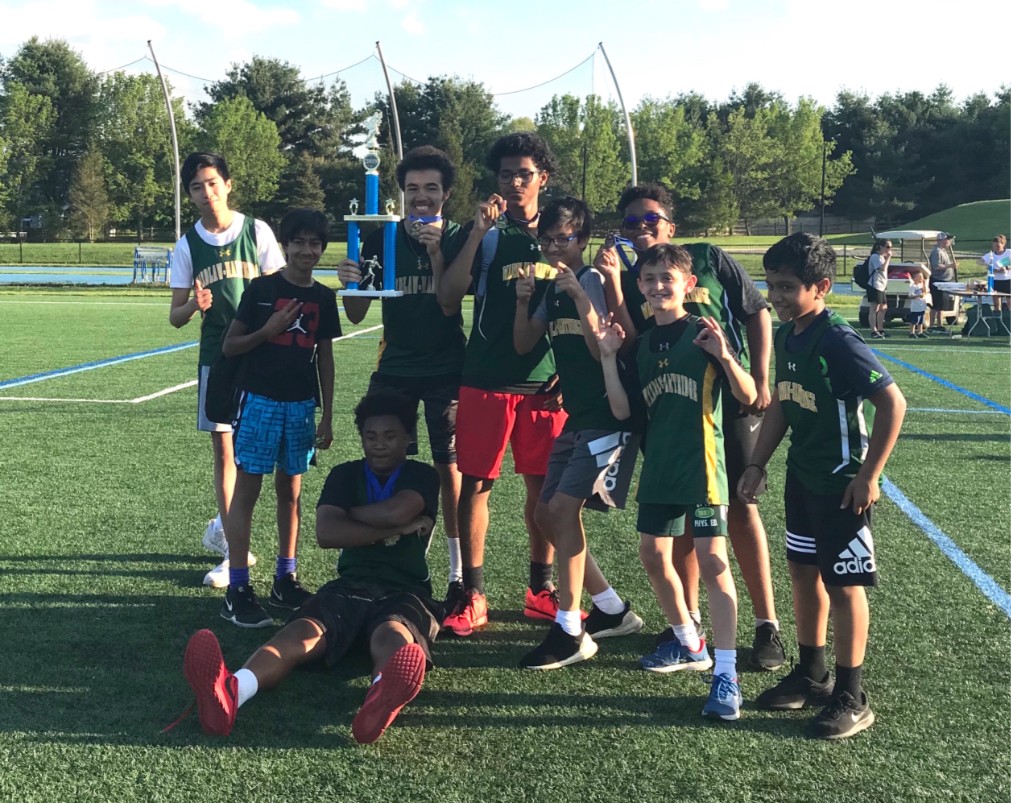 The Wardlaw+Hartridge Middle School track and field athletes made a statement against a competitive field of prep schools in the Silver Spike Invitational at Gill St. Bernard’s School this spring.

W+H won six events, including four by the boys on their way to the team title. The W+H boys scored 30 points, comfortably in front of Pennington (20) and Pingry (19). The W+H girls scored 10 points to finish sixth.

The boys piled up more points with silver and bronze medals. Aydin Aziz '23 posted second places in the 100 hurdles and 100 dash and Matthew Faust '23 finished second in the 1,600 meters. Tre Peart '23 placed third in the discus.