<Back to News
Middle School Students Step Up at Ceremony 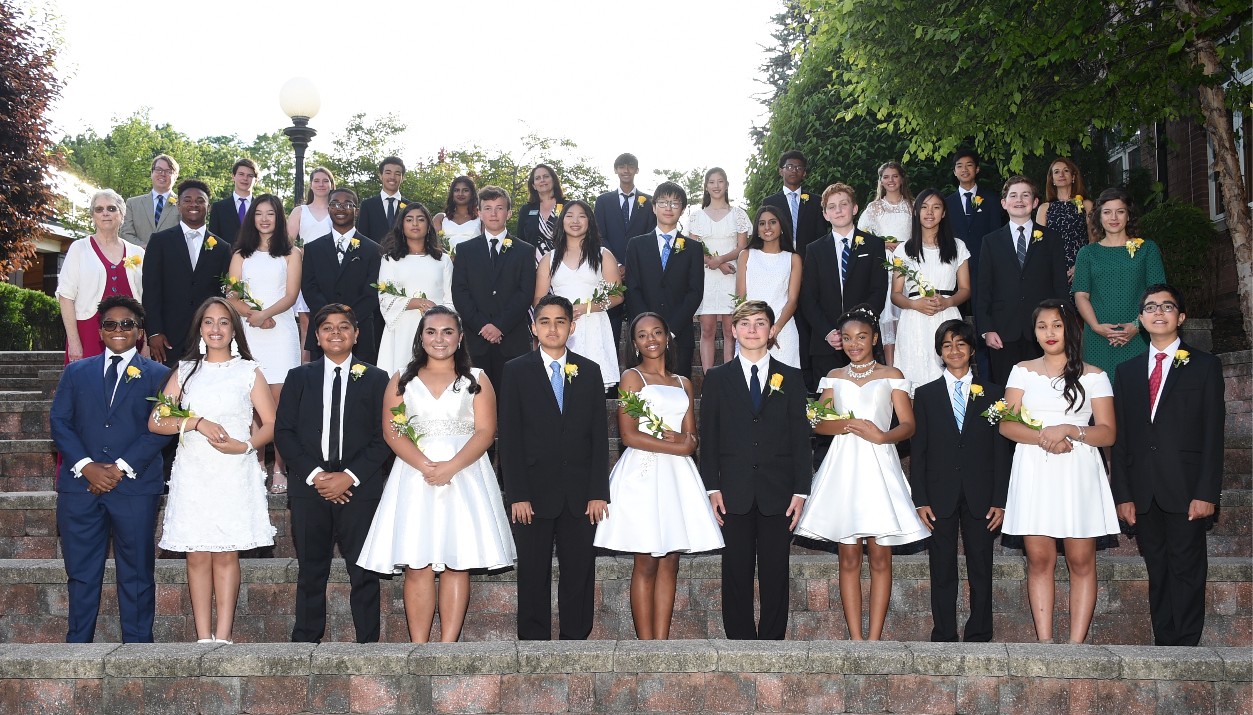 The Eighth Grade Class of 2019 completed its Middle School journey during the Stepping Up Ceremony on Wednesday night, June 12 in the Berry Performing Arts Center.

It was a memorable evening that began with a processional to "Rondeau" and continued with the Pledge of Allegiance and everyone singing "America the Beautiful." Dr. Corinna Crafton, Middle School Head, welcomed the students, parents, friends and other members of the W+H community.

David Ezra Flatau-Jones ’23 presented the Streib Cup to Anushka Dalal ’24. This award is given for the highest achievement in public speaking among sixth and seventh graders. Annie Gu, who won the eighth grade public speaking contest and the privilege to be the speaker at the Middle School Stepping Up Ceremony, delivered a wonderful speech about her middle school memories and expressed gratitude to classmates, teachers and parents.

Annie Gu won the prestigious Kilpatrick Award, which is presented to the best all-around eighth grade student. Criteria for this award include academics, athletics, citizenship and leadership. She also won the Chandler Award for the eighth grade student with the highest overall average for the academic year. Jamei Schenck ’23 received the Elwell Award as the outstanding male athlete and Bronwyn Russell ’23 won the Lum Award as the outstanding female athlete.

Dr. Crafton made remarks and provided some words of wisdom before joining Mr. Webster and advisors Nancy Duddy, Ian McElroy and Esther Faus in the presentation of certificates

Congratulations to the Eighth Grade Class of 2019!