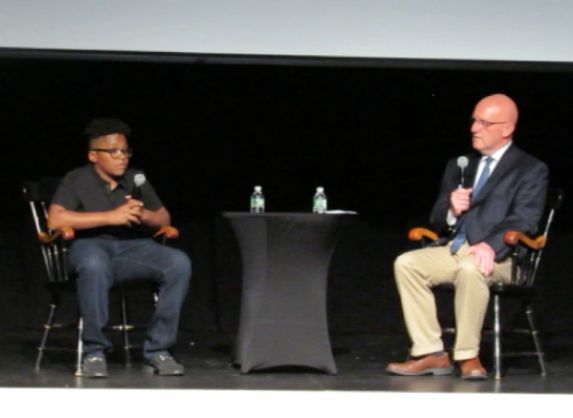 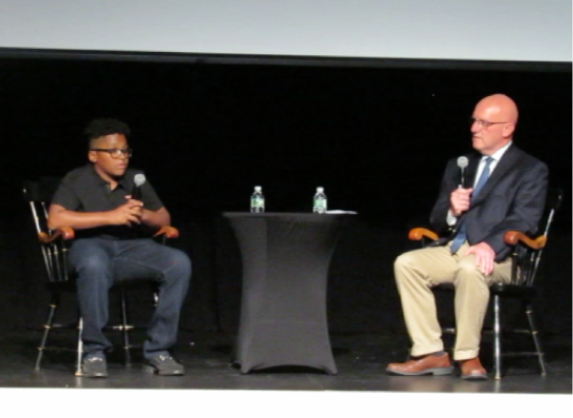 The Wardlaw+Hartridge School hosted the world premiere of The War with Grandpa on June 2 in the Berry Performing Arts Center. W+H eighth grade student Tre Peart '23, who is on track for recognition as the world's youngest executive producer, proudly introduced the screening of the film.

The event began with a welcome from Dr. Corinna Crafton, Middle School Head, and continued with Rosa Peart, Tre's mother, providing an introduction and background about the project and a five-year journey that began with a third-grade reading assignment. Tre loved the book so much that he approached his parents, the owners of Marro Films, with the idea to create a movie.

Tre continued to persevere and work on many of the details that are required to produce a successful film. He worked with the script and collaborated with actors, production assistants and crew members. He was involved in every step of the process.

"I've learned so much from this experience," Tre said during a Q&A with Rudy Brandl '83, W+H Director of Communications. "I really want to thank my parents for believing in me and making this possible."