The Science Behind the Sport. November 2019

The Science Behind the Sport

Why do world records continue to fall?

In the sports where performance is measured in minutes and seconds, athletes continue to achieve times that were once thought impossible.

How did scientists create data that helped athletes train better?

Coaches and distance runners may have long understood that their training needed to do more than just copy the event. Thus, they have trained by breaking their training into parts, such as:

a.  Over-distance: running distances longer than the race distance

However, relying on their own experience to design workouts had drawbacks in producing improvement. For example, if a runner felt faster or stronger after doing a particular speed workout, they would naturally be inclined to repeat that workout every week. If their times improved, they might attribute the improvement to that particular speed work. However, they couldn’t know with certainty that they were doing the combination of workouts that would produce the most long-term improvement.

When exercise physiologists (and other scientists) began to pay attention to running, they were able to measure the human body’s ability to generate force, use oxygen, and delay lactic acid production. Thus, they were able to put runners in the lab to measure if they were using their energy-producing systems and their muscles to maximize their speed (for a sprinter), or their speed-endurance (for milers and marathoners). More importantly, they were able to extrapolate their lab results to specify the kind of workouts that produce the most significant improvements in the key physiological characteristics.

A quick look at the scientific work that measures force production and other factors that build sprinter speed: https:/​/​www.youtube.com/​watch?v=​jPgTnhJjU0I

Other scientists, with other types of laboratory tools, have quantified the factors behind great distance running: https:/​/​www.youtube.com/​watch?v=​EqXIyK0feus 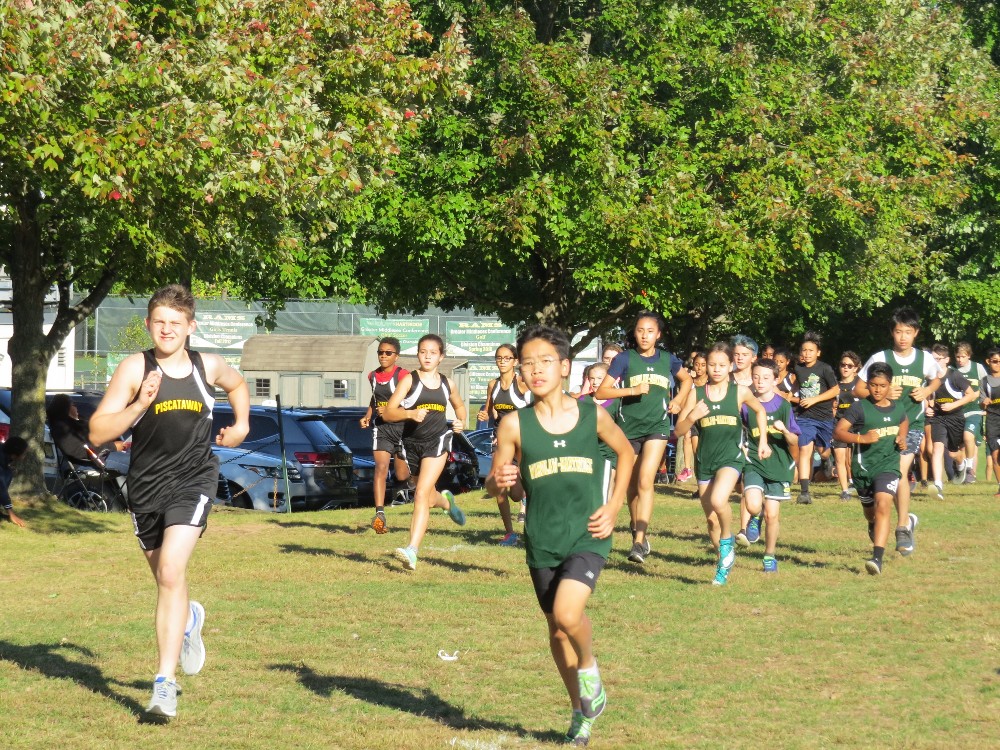 How do those scientifically-influenced training principles get put to use? Please allow W+H’s cross-country and distance running coach Rick Riepl to explain what he imparts to our runners:

“If you can improve your body’s ability to quickly transport oxygen to the muscles, you will be able to run faster. The way to do this is to increase your myoglobin and this is accomplished by high intensity running drills. Runners improve their speed training by doing the drills mentioned in the “pace” section. Other speed workouts are the wolfpack and fartleks. Any recovery between each sprint should be short because the rationale is that a runner doesn’t get breaks in races and must learn to run tired.

“Running hills builds endurance and strength. Uphill sprinting is a form of resistance drill that builds stronger quads, calves, and hamstrings. During a race the hills can be a huge advantage to the runner who is in shape. Runners should attack an uphill, lean forward, shorten the stride, drive with the knees, and pump harder with the arms. Downhill sprinting has other benefits: on the downhill, gravity is the runner’s best friend. They should sprint down the hill by leaning slightly forward, keeping the body perpendicular to the slope.

“Pacing is important because it will determine how well the runner finishes a race. In a 5K, a smart runner will want to run the same pace for all three miles with a possible negative split (running the last part of the race faster than the first) for the final mile. If a runner runs the first mile out of the gate too fast, it could drain the gas tank sooner than wished for. If he goes out too slow, he will have TOO MUCH energy left over at the finish. The optimum goal is to run out of fuel a few steps past the finish line. Pacing drills are done on the track (usually 200 or 300 meters) and all runners are expected to be consistent with each sprint.”