Only Your Best: Rigor and How We Get There

Only Your Best: Rigor, and How We Get There 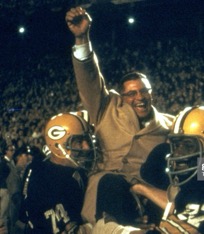 I once worked for a prep school headmaster who reminded faculty, students, and parents that we had a solitary standard: “Only your best work.” He was using old-fashioned language to portray a traditional ideal: rigorous effort, producing quality work. It was an attractive selling point: portraying the students and faculty at this independent school as motivated and talented enough to turn out high-level scholarship.

Of course, the reality is always more complex than that simplistic notion, but in that complexity are a lot of truths about education. Merely setting a high bar does not produce great work; give students a challenging assignment and they will initially respond by exerting the same sort of effort that has gotten them A’s and B’s in the past.  They think that such is the best they can do!  Getting them to accept and internalize a higher standard usually comes as the result of a process to which teacher and student both contribute. The teacher has to nurture and motivate the student alongside their criticism of the initial effort. For example, when an English or history paper is returned to the student adorned in red ink, margins filled with comments and questions, the student does not learn to do better work solely because of the teacher’s evaluation. He/​she learns from the process of re-writing, following the teacher’s guidance.  If successful, the student comes to understand:

1.  What the standard for good writing and cogent analysis is

2.  How it is within the student’s power to adopt the changes that produce work that meets the standard

3.  Why the student would care about meeting that standard

One can easily find examples of similar teaching processes in other disciplines.

The poet Maya Angelou summarized the teacher’s advice toward the student in the adage: “Do the best you can until you know better. Then when you know better, do better.”

In sports, coaches face a similar challenge and do their essential work in leading their athletes to step up their game. Below, a few thoughts about the process of coaching athletes to recognize and strive for the higher-level performance that they originally did not think was possible.

There are always opportunities to learn from defeat (in practice or games), as long as the athlete does not become discouraged by defeat.

Winning early-season games against weak competition can make the growth process more difficult, unless the coach can convince the athlete of the need to prepare for tougher challenges ahead.

The desire to win is a motivator that coaches can use to promote excellence.

When success is measured in team, rather than just individual performance, the coach’s job becomes more complex.

Rigor takes many forms, and great coaches promote all of them:

Hours of work dedicated to perfecting a skill

Adherence to the team’s offensive or defensive scheme

Support and prodding from teammates, and desire to be part of the team can work hand in glove with the coach’s teaching.

Many motivational sayings (“respect all, fear none”, for example) make more sense when seen as a support to the growth mindset that coaches are working to instill.  Both the presence of fear and the absence of respect will hinder improvement.

At some point, the athlete learns to value rigorous effort, not only a means to an end (victory) but an accomplishment of its own. That mindset was what Vince Lombardi was describing when he said:

“I firmly believe that any man's finest hour, the greatest fulfillment of all that he holds dear, is that moment when he has worked his heart out in a good cause and lies exhausted on the field of battle - victorious.”