In Honor of World Children's Day

Can one child change the world?

On January 25, 2017, Bana al-Abed, a 7-year-old Syrian girl, tweeted an image of a letter along with the following statement to President Donald Trump: “I beg you, can you do something for the children of Syria? If you can, I will be your best friend.”

In Honor of World Children's Day

My blog this month does not support or oppose any particular political viewpoints, but it will address the realities experienced by children in our world which is a result of choices made by powerful leaders around the globe.

Can one child change the world?

On January 25, 2017, Bana al-Abed, a 7-year-old Syrian girl, tweeted an image of a letter along with the following statement to President Donald Trump: “I beg you, can you do something for the children of Syria? If you can, I will be your best friend.” This past Tuesday, Nov. 19, now 10 years old, Miss al-Abed, presented a talk entitled The Power of... Hope (link here) at the Reykjavik Global Forum - Women Leaders 2019. In this talk she speaks of the terror and desperation children experience in wars that they do not understand and in which they have no voice. She makes a passionate case for peace and education for the youth still remaining in war zones in Syria and displaced in refugee camps. UNICEF estimates that there are 2.6 million children displaced in Syria and an additional 2.5 million living as refugees in neighboring countries. Bana al-Abed speaks of her hope that the leaders around the world will focus on ending conflicts and provide meaningful education before these children become a lost generation.

A recent Frontline/​Associated Press presentation, Kids Caught in the Crackdown (watch here), highlights the children’s refugee crisis at the United States’ southern border. This year alone the U.S. has detained almost 70,000 children, many of whom were separated from their families. Frontline/​AP present data for comparison: “In Canada, immigrant children are separated from their parents only as a last resort; 155 were detained in 2018. In the United Kingdom, 42 migrant children were put in shelters in 2017, according to officials in those countries.” Even when adjusted for total country population, the U.S. number is significantly higher. The limited resources necessary for the shelter and sustenance leave little or no funding available for the education of the displaced youths. We are facing the possibility that a significant population of children around the world will not be provided an education during the years when their brains are primed for learning. The results of this could be catastrophic.

The numbers and scope of these crises (along with numerous others around the world) make it difficult for all of us to feel like we can make a difference. What do the educated and the educators do? At W+H, we firmly believe it is our responsibility to challenge our students to take notice and to help them find their voice and leverage their empathy in meaningful and productive ways. This is the reason our mission statement places the following statement front and center: “to lead and succeed in a world of global interconnection” and is also the reason our Global Scholars Program was created. We provide thoughtful and strategic ways for students to participate in activities, many personal in nature. We challenge them not only to engage in service learning, but to dig deep into the issues that affect their world and draw their own conclusions and propose their own solutions. 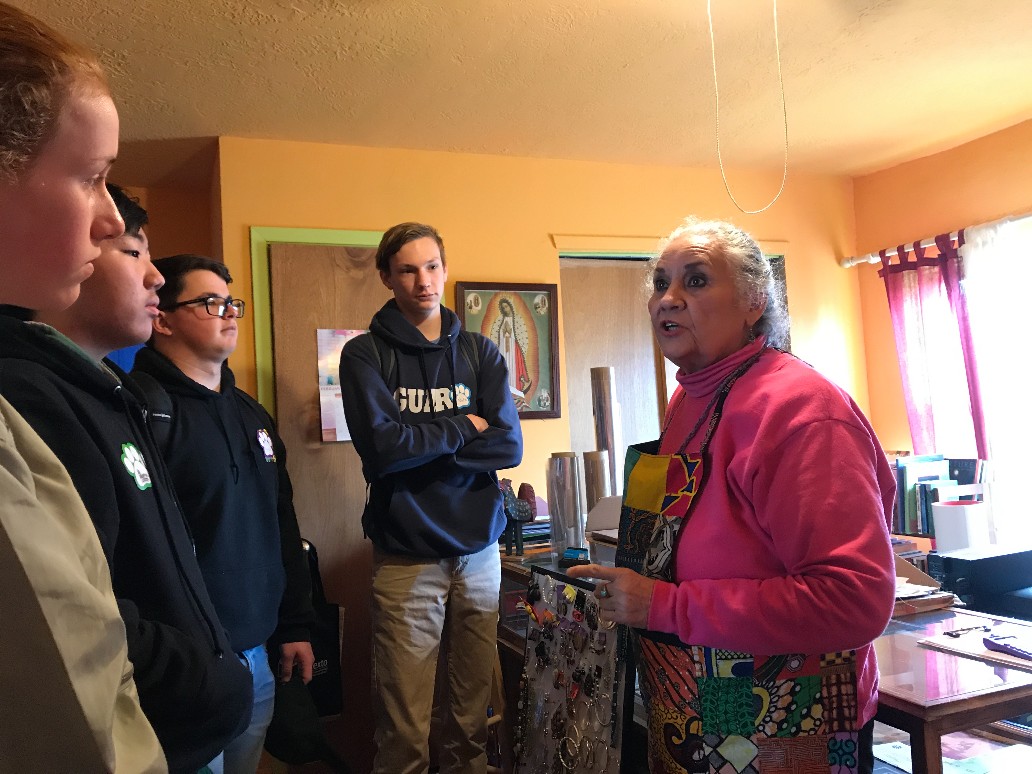 Two of the most recent opportunities that put our kids on the front lines of the child refugee crisis are our collaboration with Interfaith-RISE (developed by Nicole Nolan, Director of Global Scholars and Community Outreach) and a service learning trip to El Paso/​Las Cruces (developed by Ms. Nolan and Russell Althouse, Director of Global Experience). Interfaith-RISE is an organization that helps in the resettlement of immigrants from around the world. While our students participate in numerous aspects of the process of supporting families as they relocate to New Jersey from outside the U.S., the experience that is transformational for our students is tutoring young folks who may have little or no ability to speak English. These relationships can last over several years and even after W+H graduation. During Upper School morning meetings, we are privileged to hear the testimonials of our teenagers who have seen the immense difference their efforts have made. They speak of love and respect and often the awe they feel for these families who have lived the traumatic lives of refugees but have now found a new home away from war and camps. This is how one student makes a difference.

Early in 2019, a group of 23 students experienced the situation at the Texas-Mexico border in their visit to El Paso, TX and Las Cruces, NM firsthand. While a great deal of effort was spent preparing food and lodging for newly released immigrants, one of the most moving experiences for our students was the trip to the border. At the physical barrier between the U.S. and Mexico, the students were provided an opportunity to speak with Border Patrol agents. The agents spoke of carrying water and light foodstuffs for the refugees who they turn away or take to detention centers, and they stressed the need for more agents. They talked about the human interactions and the clear distress and fear, as well as the hope, of those wishing to enter the U.S. The students began to see how nuanced and challenging the Border Patrol role was. This was not something they could have learned through the soundbites of the news cycles. This is how one student deepens their understanding.

Like Bana al-Abed and Greta Thunberg and Malala Yousafzai and many pioneering thinkers before them, change often begins when a single child is willing to voice their concerns. Human connections such as tutoring refugee children or speaking with folks on the front lines still provide the greatest impact on the capacity for our students to comprehend these seemingly insoluble problems of the world. These experiences will allow W+H students to see themselves as global citizens, and most importantly, as change makers. We have never needed their passion and imagination more than now.