Have We Done Enough?

When I was a senior in high school, I missed eight weeks of classes - two months - starting in late September. Actually my entire public school district and many others in the Wilmington, Delaware area did not have school because our teachers went on strike.

Have We Done Enough?

When I was a senior in high school, I missed eight weeks of classes - two months - starting in late September. Actually my entire public school district and many others in the Wilmington, Delaware area did not have school because our teachers went on strike. The time was 1979, twenty-five years after the landmark Supreme Court decision of Brown v. Board of Education of Topeka. In that case, the Justices unanimously ruled that segregation of children in public schools was unconstitutional. It replaced the precedent of “separate but equal” which had been the law of the land since 1896. I promise you that the facilities and course offerings in schools in downtown Wilmington were not close to equal with those in the mostly white suburbs. Delaware was finally being forced to uphold the law.

Our teachers were striking not because of plans for students to be bussed to different schools around our area to achieve racially balanced student bodies, although that was a small part of it. They were protesting the fact that the teachers were also going to be moved between schools throughout the area. Compromises were made, the plans were put on hiatus, and we eventually returned to complete our school year, albeit with two months less curriculum. There was no Internet in those days, so distance learning was a few teachers (against the advice of their union) sending a brief letter explaining what chapters of the book you were to read; some included problems to do. Desegregation, in a highly impotent way, eventually was implemented; sadly the extreme inequality in educational opportunities for students in socio-economically depressed areas is an overwhelming problem to this day in Wilmington. This small city, formerly the “Chemical Capital” of the world and the home to many credit card companies, is now as famous for its murder rate per capita. The system failed generations of folks. Effective education makes a difference.

More than 40 years later, we seem to have made little progress. While our seniors are having a very different, and much more traumatic, experience in Edison, NJ with the pandemic than I did in Wilmington, I am disheartened by the eerie similarities to my 12th grade year. Schooling as we know it is likely changing to something new but still ill defined. Systemic and institutional racism (this vocabulary to describe what was happening was not in the common vernacular when I was 18) are still fomenting understandable civil unrest. And our country is experiencing a destructive polarization with our leaders at all levels of government scrambling to find the right balance of words and deeds to keep the powder keg unlit. We are living in scary times. 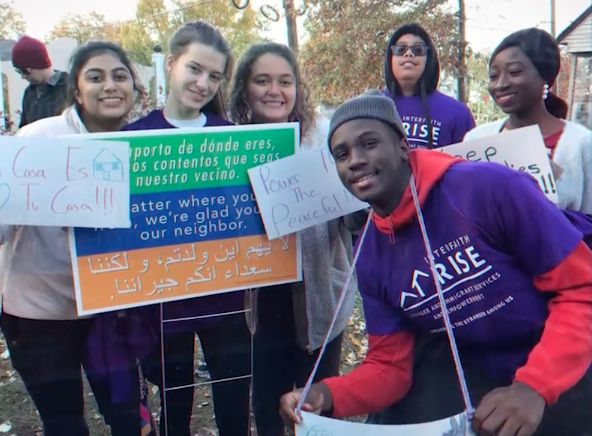 Yet we have heard numerous messages of hope from politicians, celebrities and academicians through streamed Commencement speeches made possible by our new normal of virtual communication. Like most of us, I am encouraged by the charge to our graduates to lead the change we all want to see. The list of problems they are inheriting is long and has been decades (and in some cases centuries) in the making. As an educator, I constantly struggle with the existential question: Have we done enough to prepare our students to enter the world equipped to create the society in which we all want to live? At Wardlaw+Hartridge, it is absolutely what we strive for and I believe it is what we achieve.

Our Upper School students benefit from studying in a community that looks very much like the world in which we live. Our small size and supportive environment compels them to take chances in academics, in performance and in athletics. Students have opportunities in service learning and leadership that are often transformative in ways that resonate throughout their lives. And our Global Scholars participate in activities and produce original scholarship that forces them to lean into the discomfort of worldwide issues that have no easy answers.

Our seniors find themselves at the end of their W+H journey facing a world that needs their fervor to use their voices to call out injustice, to continue to be resilient in the face of unprecedented challenges, to listen - really listen - to others to build understanding not divisiveness, and most importantly, to share their knowledge that being part of a global community built on trust and respect is the greatest source of joy and accomplishment.

Effective education makes a difference - the W+H difference. And this is what the world truly needs right now.