What do you mean by ‘pioneering thinkers?’ After walking through the Lower School, we sat down in the Lower School Library and talked in more depth about some pedagogical and philosophical questions the parents had for me... 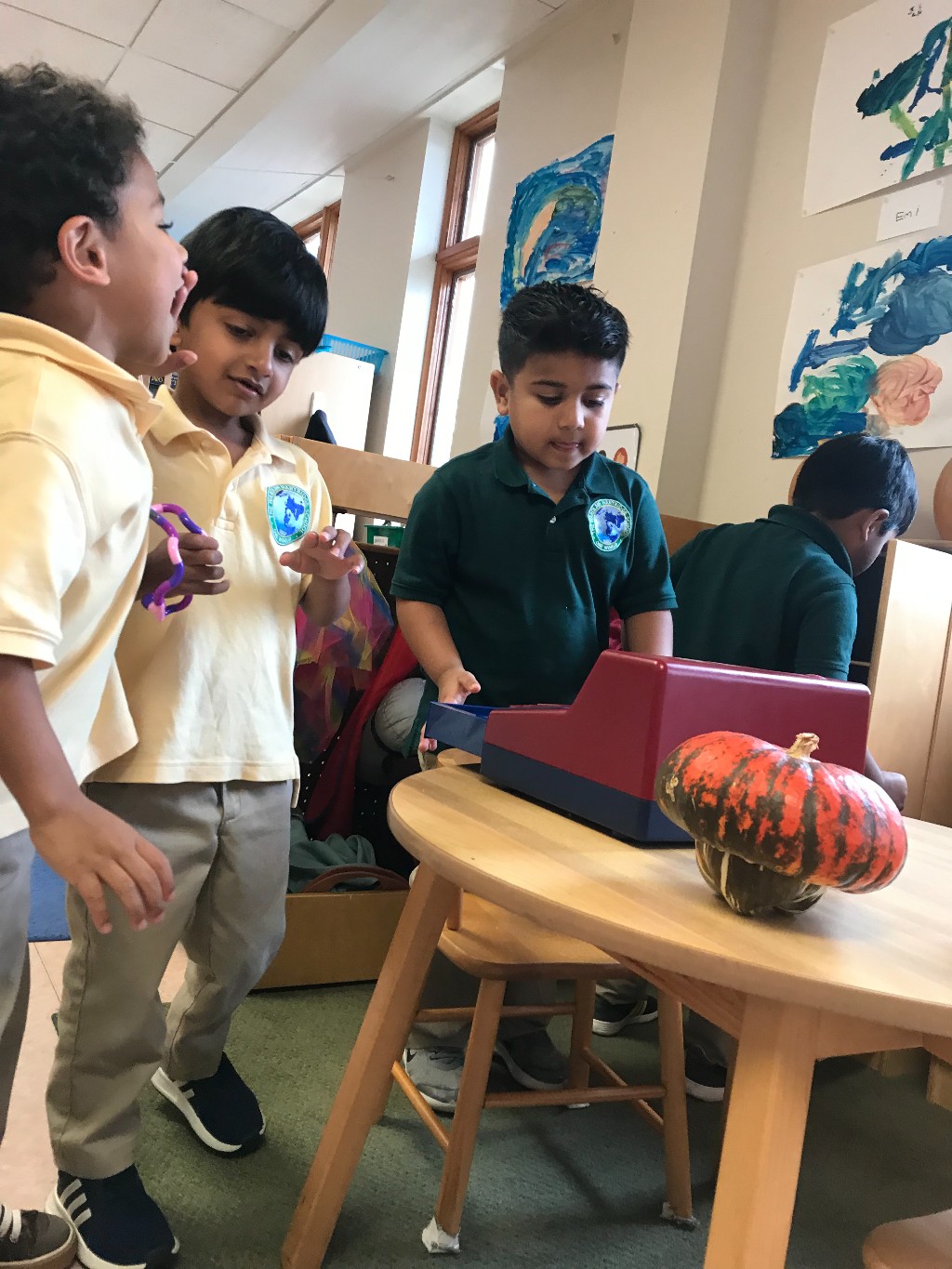 What do you mean by ‘pioneering thinkers?’ Recently, I joined our Associate Director of Admission on a tour with a newly enrolled family. After walking through the Lower School, we sat down in the Lower School Library and talked in more depth about some pedagogical and philosophical questions the parents had for me. After a few softball questions, I was thrown a hardball straight down the middle of home plate. What do you really mean by pioneering thinkers? Are you grooming all of your students to have careers in STEM? Or, are you grooming all of your students to be musicians? Artists? This might be my all-time favorite question I have been asked. And, in truth, I have never been asked it before that day. The answer is incredibly simple and incredibly complicated all at one time.

My answer, at the time, was first, “Yes, to all of those things.” We understand that careers in STEM and the arts might seem to be almost paradoxical, but similar to the Robert Frost poem, The Road Not Taken, the paths are equally traveled though they appear to be different. I continued by saying that we are teaching our students to be pioneering thinkers in whatever path they may find academically and in their careers. It is true that in the independent school world we ground ourselves on mission-driven work and our programs are centered around certain core values and content. So, there are parameters to said, pioneering thinking, solely due to the fact that it is our jobs to teach students at the highest caliber, and due to that, several elements should be in place. 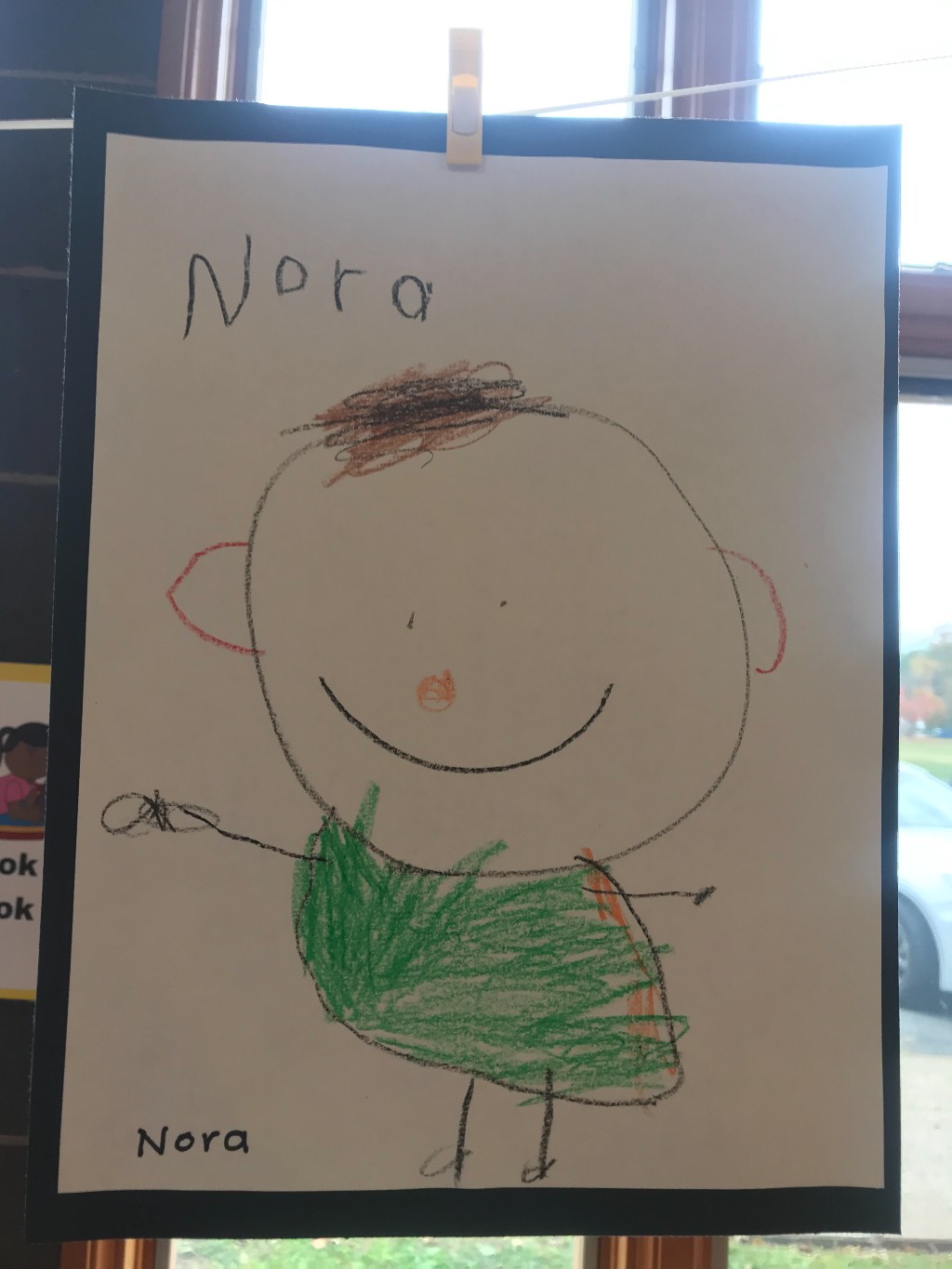 We also know through the work of educators like Tony Wagner, Professor Emeritus at Harvard University, and Ted Dintersmith, filmmaker and entrepreneur in the field of education, that most of the jobs of the future have not even been created yet. In her book, Now You See It, author Cathy Davidson estimates that roughly two-thirds of today’s elementary-aged students will end up doing work that has not even been invented yet. It would be a fool’s errand to train children to only do things that we know now. Students need to be lifelong learners and flexible thinkers. Whether it be in the field of science, medicine, performing arts, venture capitalism, marketing, accounting, or others, one needs to know how to think on their feet, how to think creatively, and how to take calculated thoughtful risks. A friend and former colleague of mine recommended I read the book, Lifelong Kindergarten: Cultivating Creativity through Projects, Passion, Peers and Play by Mitchel Resnick. I have just started it, but I already note so many valuable pieces. Resnick talks about the creative process as a creative spiral. Considering that creativity comes from the imagination, one begins by imagining, which turns into creating, which becomes play, which is shared with others, which one reflects on, and then turns to imagining further, and so on. From the visual artist to the research scientist, is this not truly the process of the pioneering thinker?

So, what do we mean, specifically, by pioneering thinkers at Wardlaw+Hartridge? In the Lower School, what does this look like?

Our Pre-Kindergarteners are learning about the five senses. They confidently show their self-portraits and describe the parts of their faces that are in each piece of artwork. As we talk more about their learning, the youngest learners ask me if I knew that my nose was used for smelling and my ears were used for hearing. In fact, I did, but their connecting one to the other is their sharing and reflecting. This is seen also in the Kindergarten classroom, as those students share with me what they have learned about firefighters as they are studying these types of community helpers. As the children tell me that firefighters are superheroes because they save people from all kinds of emergencies, not just fires, I watch the excitement and fervor they have for all of this new information they cannot wait to pass on to someone else. Sharing with one another is an important part of the pioneering thinking process as it allows one to begin imagining again.

In the Junior Kindergarten class, pioneering thinking is found in the dramatic play center. In the corner of the room is a pile of pumpkins that they harvested from our garden and a few donations to bolster the supply. One of our students tells me that they created a pumpkin patch in the dramatic play center. He shows me how he and his friends decided that one spot on the rug is the patch, another spot on the rug is the place you pay, and that they borrowed the cash register from another center to make it “real.”  Taking something simple as pumpkins which many little ones learn about at this time of year and turning it into a pumpkin patch to enjoy one’s learning is pioneering thinking. 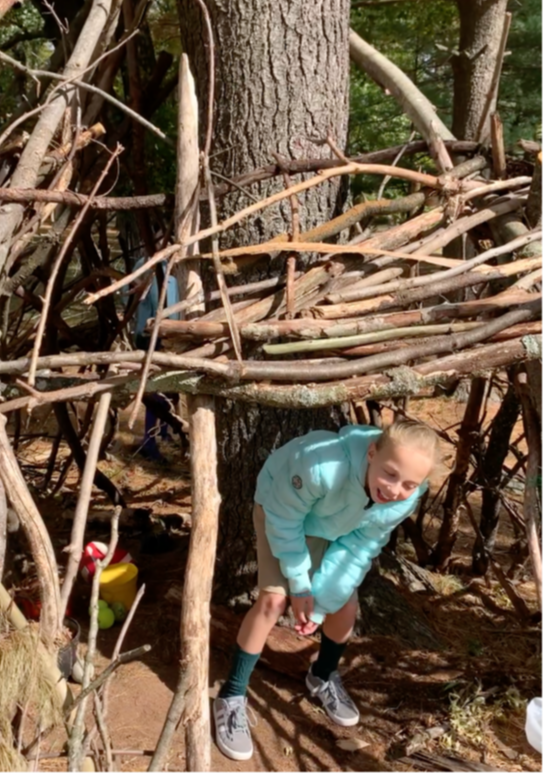 In the fifth grade, pioneering thinkers take a similar path, but with a bit more depth. Over the last several weeks we have noticed some structures taking shape behind the playground. As it turns out, the fifth graders have been building a small town, as it were, out of mostly sticks. One shelter went up quite quickly, and it became the talk of the Lower School. Then, one of the best things that could have happened to it, did. Other students after school, took it down. That sounds odd...how could it possibly be good news that other students damaged this creation? The children took it in stride and from this, they decided to make it bigger and better. Based on their experiences of creation in the first place, round two allowed for sharing and reflection, and thus furthering their imagination.

In the Lower School, pioneering thinkers can mean so many things, but really it is one main idea. We aim for our students to leave us with the ability to imagine the things that do not yet exist, no matter their career path. Mitchel Resnick is a Professor of Learning Research at the MIT Media Lab. He holds the LEGO endowed chair position, and through his time at MIT, his group works using four main principles: projects, passion, peers, and play. These principles guide their work to allow the pathways to creativity. We employ these same principles, and through that with the core curriculum, our students become pioneering thinkers. So, as Resnick concludes a section of his story, I’ll do the same, “With apologies to John Lennon: All we are saying is give Ps a chance.”