RSS Feeds Subscribe to Alerts
We Should Just Be Thankful for Being Together
Silvia Davis
Dec 5 2019 3:33 PM

“But, Thanksgiving is more than eating… we should just be thankful for being together. I think that’s what they mean by ‘Thanksgiving.’” 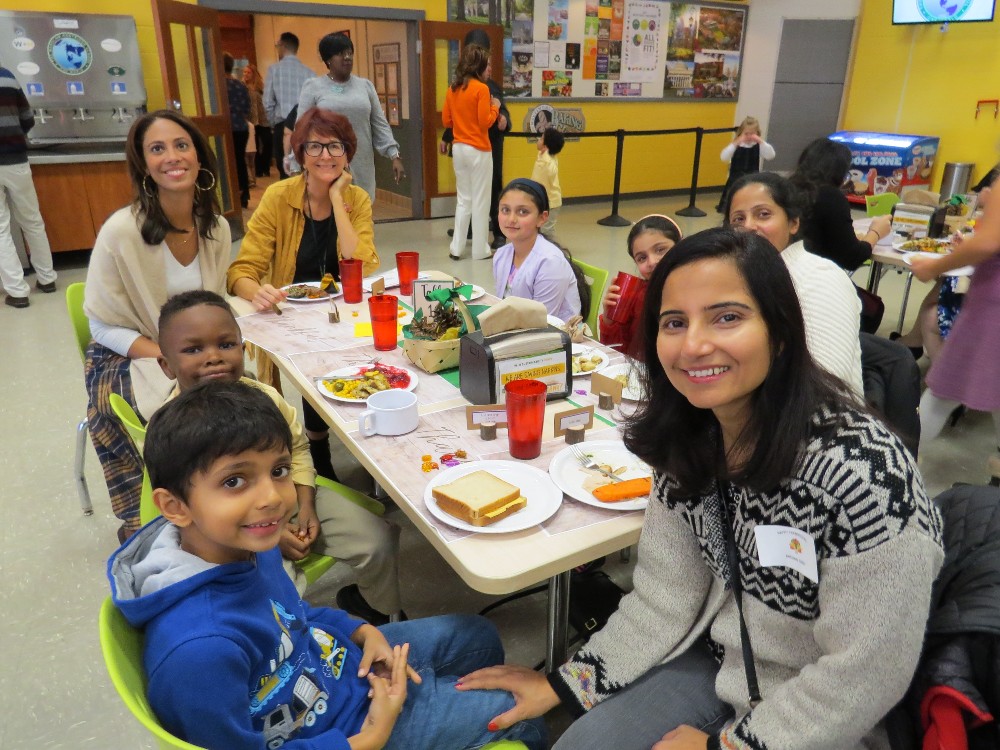 “But, Thanksgiving is more than eating… we should just be thankful for being together. I think that’s what they mean by ‘Thanksgiving.’” Towards the end of A Charlie Brown Thanksgiving, Marcie explains to Charlie Brown that while the food that he had Snoopy prepare for dinner was not exactly the traditional dishes, that it is ok because really it is about them all being together as friends and not as much about the meal. However, with that said there is something about sharing a meal together that is special and bonding. Food is elemental to culture, and the sharing of the Thanksgiving meal seems to be the bridge across cultures in the United States.

At a faculty lunch table just before the holiday break, we were discussing what dish is a must-have for Thanksgiving dinner. There were many mentions of turkey, stuffing, mashed potatoes, and the traditional fare, and while that is true for me (I would definitely want those things at my dinner) I also feel that there are other foods, which in my family, are key to Thanksgiving being Thanksgiving. For me, it is the spiced fruit, escarole soup and cocktail-sized pigs in a blanket that my aunts make every year. Sure, almost everyone has Thanksgiving without those things, but for me, they are incredibly symbolic of a Sollenberger Thanksgiving. 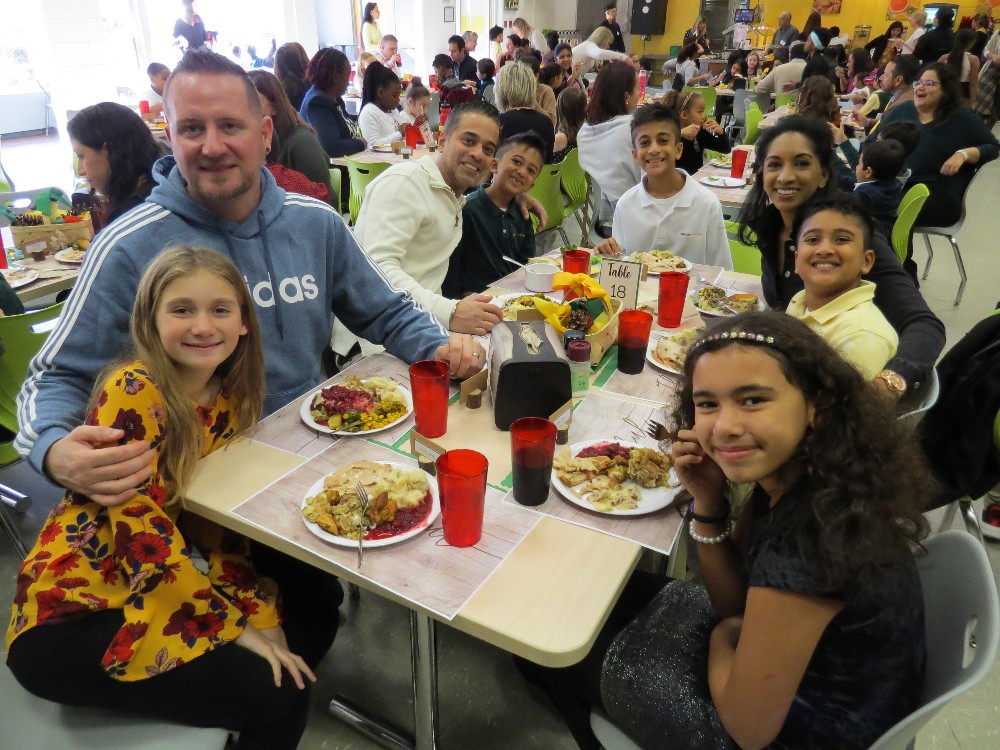 I am the youngest of four children, my father is the second of six and each of his brothers and sisters have one to three children themselves. Therefore, as I became an adult along with my cousins, and our nuclear families grew themselves, Thanksgiving turned into a dinner of almost 50 people spread throughout several rooms of my Aunt Bunny (Joan is her given name, but she was born on Easter. I have never called her Aunt Joan, and I never will.) and Uncle Ed’s house outside of Ocean City. Each year, I lived for this day. As adults with our own lives, jobs and children it was one of the few times I got to spend true quality time with my cousins. I am the third youngest of my grandparents’ 14 grandchildren and we are, on the whole, very close in age.

I will never forget the first time my husband (though not yet at the time) joined The Sollenbergers for Thanksgiving. As we lined up in the kitchen to get plates to walk around the tables and islands, buffet-style, as there were way too many people to try to leave food on a table in front of everyone, Andrew said, “This is how you all eat dinner?!?” Now, that our tradition has disappeared due to sheer size and the amount of work it takes to host such an event at one’s home, both my husband and I wistfully recall those days and miss them greatly. We spent hours doing so many of the same things year-after-year that at the time seemed just like “what we did” and now I realize the importance of those traditions as formative, bonding rituals which brought us closer as a family. My Uncle Todd running the football pool which we are confident was rigged as the same people won time-and-time again. Sitting down to eat the first course of escarole soup which was, in fact, the official start of Thanksgiving dinner. Everyone wrestling to get the first of the pigs in a blanket as they came out of the oven and refusing to wait until they cooled down, then immediately complaining that they were too hot and burned our tongues. I could go on and on, but again, I know that the important parts were the rituals and the act of sharing meals together as a family.

Going back to Charlie Brown, the last time I watched it, it struck me that Charlie Brown may have had the first Friendsgiving, even though Peppermint Patty forced hosting the event upon him. For those of you who are unfamiliar, Peppermint Patty asks to stay with Charlie Brown and tells him she invited all of their friends over without even waiting for a reply. Then, when he is ill-prepared for the day and Snoopy only can make popcorn, jelly beans, and toast, she is furious that there is nothing she expected and loses her patience. Marcie then points out to her that she was a little rough on Charlie Brown given she invited herself over. Peppermint Patty agrees and asks Marcie to talk to Charlie for her. It is then that Marcie points out to Charlie Brown that while he is upset about letting everyone down, it is not the food that is the most important part. She says, “But, Thanksgiving is more than eating… we should just be thankful for being together. I think that’s what they mean by ‘Thanksgiving.’” 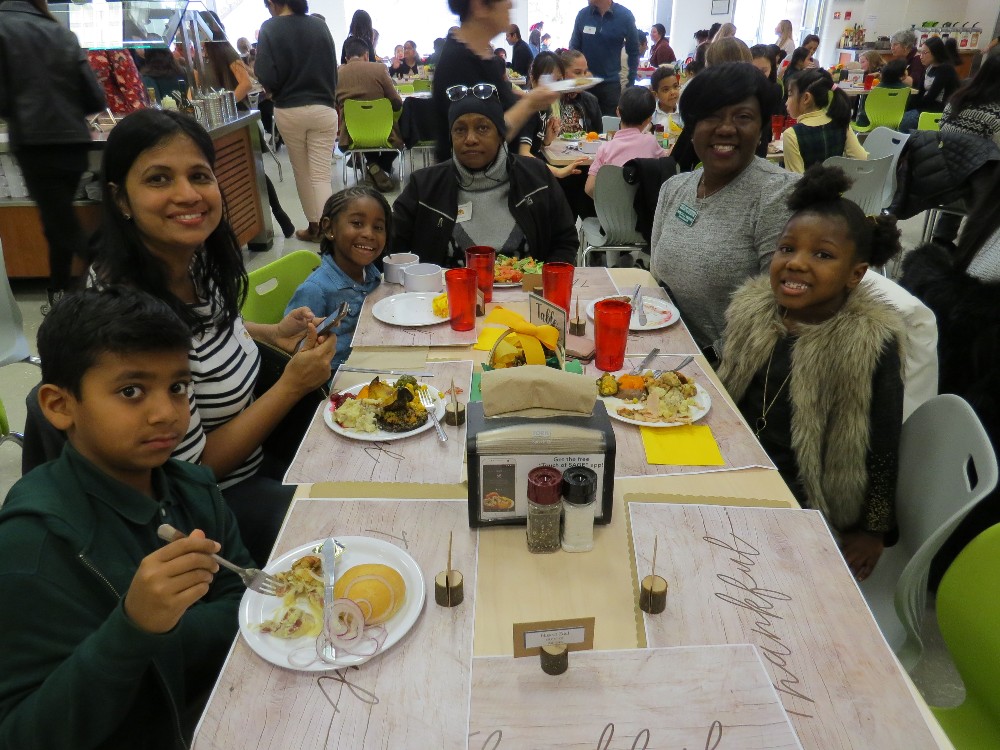 Last week, we celebrated the second annual Lower School Friendsgiving. We are, after all, a community and a family ourselves. When we hosted the first Friendsgiving, we thought it would be nice for each Lower School student to be able to have an invited guest with them for lunch on the last day before Thanksgiving Break. Mixing up the grade levels and creating spaces for families to get to know one another more whether their children are in Pre-Kindergarten or Fifth Grade, provides opportunities for conversation over a meal. The energy in the room is palpable and both children and adults alike are happy to spend this time together. This year, while taking in the spirit of the room, I stopped to look up at the backdrop of the AP Room. It was not lost on me that in our diverse community as we all (279, to be exact) sat under the flags of which are representative of the countries from which our students’ families originate, we are living our mission of global interconnection: right on our campus. For in truth, learning to be a globally connected citizen starts by becoming a locally connected citizen.

Our hope is that as our tradition continues as the years go on, that students look back at their time at Friendsgiving as I do my own Thanksgiving, with joy, care and value for the “family” who spent that time together.

“Traditions touch us, they connect us, and they expand us.” – Lessons About Tradition from a Little Brown Bag